This trip has been on my bucket list since I was in elementary school when my parents would leave my sister and I at home (with a sitter, of course), as they took off bare boating with their friends in the Virgin Islands. I’ve had been baiting my parents into this trip for the past twenty years and just recently they bit (with a whole lot of cajoling that they were still young; it would be an adventure; and how could they deny me this God-given right to follow in their vacationing footsteps.) 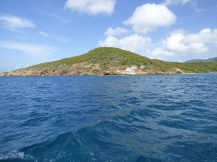 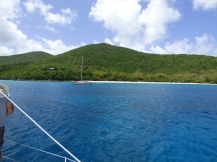 We flew into St. Thomas, arrived and boarded our boat, Metis, and bought provisions. 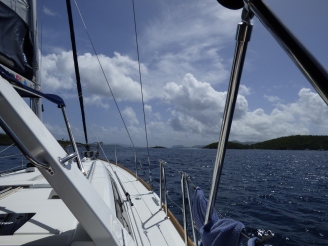 Our departure was postponed one day due to severe winds and weather, but by the second day, we set sail to Caneel Bay on St. John’s. Once there, we snorkeled, relaxed, and had dinner at the hotel’s restaurant. By the way, the hotel’s gift shop was the best shop on the entire trip–it’s not to be missed.

Next stop was to Soaper’s Hole to check in with the BVI’s customs. Here we had lunch, shopped, and bought more provisions. 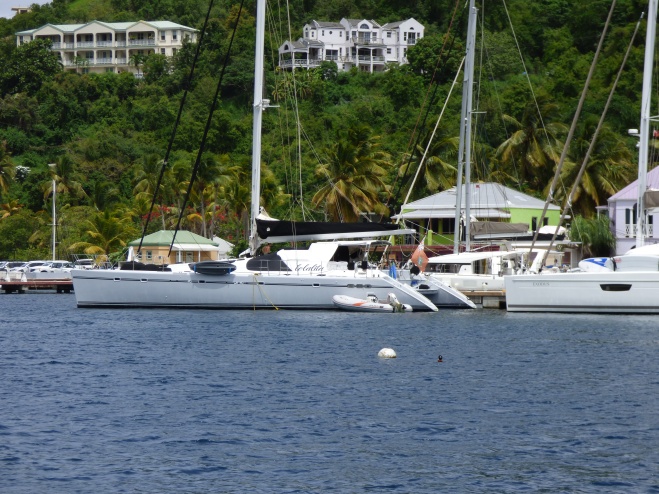 We ended up in Nanny Cay, a marina with the BEST bathrooms and showers (and this is not in my own humble opinion; the marina was voted best bathrooms internationally in 2016 and I’d have to agree). 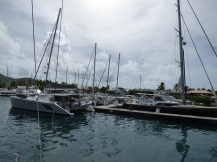 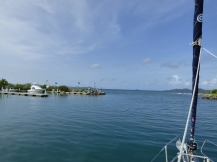 Next stop, Norman Island’s Bight Bay–the setting for Treasure Island. We went snorkeling in caves, had a great dinner at the only restaurant on the beach, and swung by, but did not stop in at Willy T’s–an old ship turned drinking hole.

The next morning found us at Cinnamon Bay, a beautiful mooring just off the coast of the national park. You can spend the night here in what looked like cabins and yurts.

We headed back and spent the last couple of nights exploring St. John’s and enjoying the perfect weather.

View all posts by Jenny